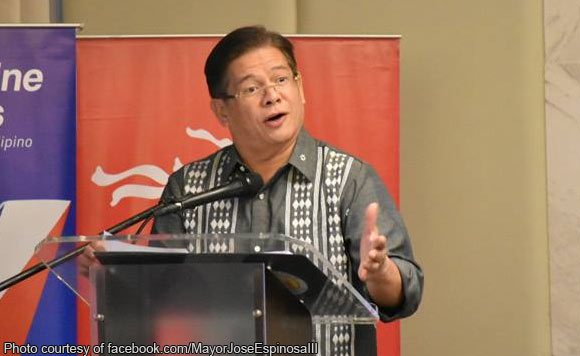 0 1,046
Share
Want more POLITIKO News? Get the latest newsfeed here. We publish dozens and dozens of politics-only news stories every hour. Click here to get to know more about your politiko - from trivial to crucial. it's our commitment to tell their stories. We follow your favorite POLITIKO like they are rockstars. If you are the politiko, always remember, your side is always our story. Read more. Find out more. Get the latest news here before it spreads on social media. Follow and bookmark this link. https://goo.gl/SvY8Kr

Some City Hall task forces in Iloilo City may soon face the ax from Mayor Jose Espinosa III, if they are found to have outlived their usefulness.

Espinosa said he is open to the idea after City Administrator Hernando Galvez said he may evaluate task forces under the city government.

Also, Espinosa said that job hires should understand the nature of their work, as their employment is subject to change “any time and any day.”.

It also dismissed 40 more from the city government’s beautification program.

PSTMO head Jeck Conlu said that department heads should have been notified of such actions.

Meanwhile, Espinosa said the hiring and firing of job hires stops with the mayor but the recommendation on who, what, how, and how to proceed is with the City Administrator’s Office.

“Recommendations should be for the better and not the worst and should only be for efficiency and transparency,” he said.

Upon receiving the recommendations, the mayor assured that they will try to discuss the pros and cons of the abolition of task forces and transfer of personnel.

For his part, Galvez said that they have been recommending the abolition of certain task forces since last year.