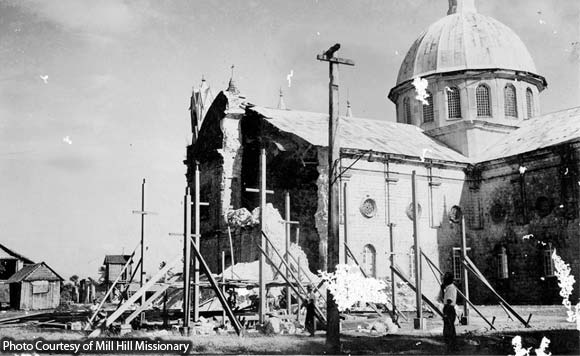 0 991
Share
Want more POLITIKO News? Get the latest newsfeed here. We publish dozens and dozens of politics-only news stories every hour. Click here to get to know more about your politiko - from trivial to crucial. it's our commitment to tell their stories. We follow your favorite POLITIKO like they are rockstars. If you are the politiko, always remember, your side is always our story. Read more. Find out more. Get the latest news here before it spreads on social media. Follow and bookmark this link. https://goo.gl/SvY8Kr

An earthquake drill on Feb. 21 aims to raise public awareness and prepare for a major quake similar to the “Lady Caycay” quake that devastated Panay Island in 1948.

The Iloilo City Disaster Risk Reduction and Management Office is working with concerned stakeholders to raise public awareness on the so-called “The Big One.”

CDRRMO head Donna Magno noted the Philippine Institute for Volcanology and Seismology shares this aim via the nationwide simultaneous earthquake drill on Feb. 21.

Magno emphasized the need for such drills since earthquakes have a recurring period.

“Part of the drill is to raise the awareness but also to showcase what Iloilo have in terms of preparedness,” she added.

CDRRMO Operations Officer Darwin Papa added the estimated reoccurring cycle of a huge disaster event like earthquakes is around 50 to 70 years.

On Jan. 25, 1948, the quake locally known as “Lady Caycay” – generated by the West Panay Fault – destroyed the Jaro belfry and other churches in Panay Island.

The West Panay Fault passes through the towns of Lambunao, Janiuay, Maasin, Alimodian, Tubungan, Leon, Igbaras, Miagao and San Joaquin in Iloilo; Ibajay, Malinao, Madalag in Aklan; Pandan in Antique; and Jamindan and Tapaz in Capiz.

2019 marks the 71st year of Lady Caycay, considered as the second strongest earthquake in the country with a magnitude of 8.2.

The nationwide drill is expected to involve around 80,000 participants.

It will highlight the interoperability, protocols, standard operating procedures of concerned agencies during emergencies, and check the structural integrity of buildings in the city.