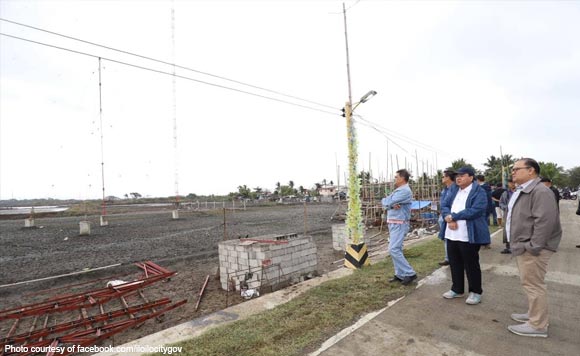 0 1,079
Share
Want more POLITIKO News? Get the latest newsfeed here. We publish dozens and dozens of politics-only news stories every hour. Click here to get to know more about your politiko - from trivial to crucial. it's our commitment to tell their stories. We follow your favorite POLITIKO like they are rockstars. If you are the politiko, always remember, your side is always our story. Read more. Find out more. Get the latest news here before it spreads on social media. Follow and bookmark this link. https://goo.gl/SvY8Kr

The city government of Iloilo is eyeing the construction of a P159-million Iloilo City Hospital in Barangay Hinactacan in La Paz district.

“We are looking at utilizing the one to one and a half hectares of lot,” said Treñas.

The city mayor said the Department of Health (DOH) in Western Visayas already committed to help in the construction of the city hospital. (https://bit.ly/2uTtDg8)

“They already committed to help us and for our part, we will soon look for personnel who will man the hospital,” he added.

Treñas said the construction of the Iloilo City Hospital will be completed within his term.

“We already had a briefing with the DOH-6 for the establishment of the City Hospital. They will start with the building construction as soon as we secure the lot requirement. We will then consider the needed equipment and even expansion later on,” according to him.

He underscored the need for the city to have its own hospital to cater to the health needs of the residents.