Iloilo City gets award for fight vs illegal drugs 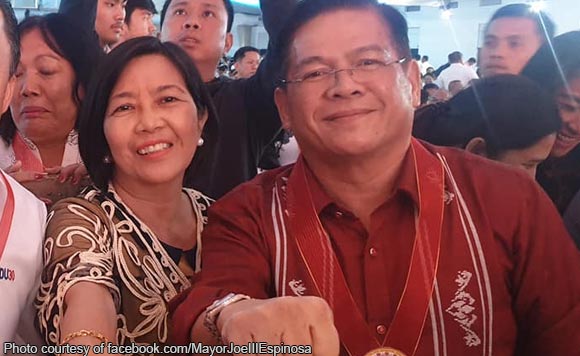 0 327
Share
Want more POLITIKO News? Get the latest newsfeed here. We publish dozens and dozens of politics-only news stories every hour. Click here to get to know more about your politiko - from trivial to crucial. it's our commitment to tell their stories. We follow your favorite POLITIKO like they are rockstars. If you are the politiko, always remember, your side is always our story. Read more. Find out more. Get the latest news here before it spreads on social media. Follow and bookmark this link. https://goo.gl/SvY8Kr

Panay News reported that the city was among the 241 local government units (LGUs) in the Philippines that received the award from the Department of Interior and Local Government.

“I would like to thank the men and women of the Iloilo City Anti-Drug Abuse Council for their support in the City’s Anti-Drug Programs,” said Mayor Jose “Joe” Espinosa III, who received the award during a ceremony at the Manila Hotel last Friday.

The capital city of the Iloilo province was the only local government from Western Visayas that was conferred with the award.

The national ADAC award was given to LGUs that achieved an adjectival rating of ideal (high functionality) based on the 2017 ADAC Performance Audit.

Factors such as composition, financial capabilities, functionality, and accomplishments of ADACs in different levels of LGUs, including financial and physical accomplishments, drug clearing operations and community-based rehabilitation programs, were considered during the ADAC Performance Audit-National Calibration.