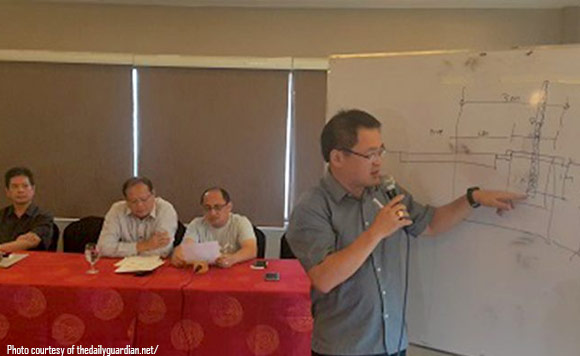 Motorists in Iloilo City may have to brace for more traffic jams and road closures due to ongoing construction works by the Department of Public Works and Highways’ Iloilo City District Engineering Office.

City Councilor Leone Gerochi, who chairs the committee on transportation, said this after meeting with DPWH officials over the agency’s upcoming projects.

This came after road closures stemming from the recently concluded Dinagyang festival in the city (https://thedailyguardian.net/banner-news/brace-road-works-iloilo-city/
).

He also asked the DPWH to furnish his office with a list of its projects so his committee can study traffic schemes to lessen the burden on commuters and motorists.

Also, he said his transportation and public works committees in the city council will closely monitor the project timetables.

The DPWH has announced temporary partial road closures, for road construction, rehabilitation, and/or improvement projects, including:

– Jan. 15 to April 30: one lane of San Jose St. in Molo closed for the construction/improvement of San Jose St. Vehicles bound to Arevalo or Mandurriao that use these roads may pass through Circumferential Road.

Meanwhile, traffic will be closed at a portion of roads along M.H. Del Pilar St. and Avancena St. in Molo and Yulo St. in Arevalo from Jan. 15 to May 15.

The DPWH advised vehicles bound to Oton or City Proper may pass through Circumferential Road.

Also, half of Jalandoni corner Gen. Luna Streets is still closed to traffic due to the construction of Jalandoni Detention Tank, a drainage flood control project.