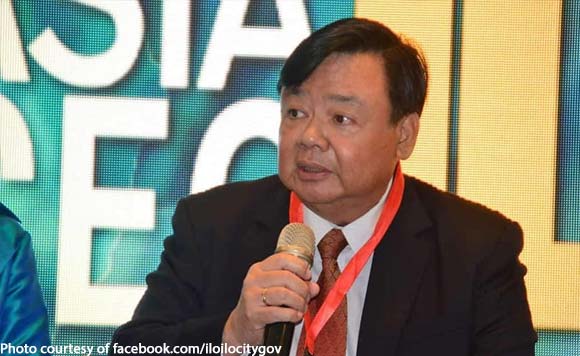 0 1,108
Share
Want more POLITIKO News? Get the latest newsfeed here. We publish dozens and dozens of politics-only news stories every hour. Click here to get to know more about your politiko - from trivial to crucial. it's our commitment to tell their stories. We follow your favorite POLITIKO like they are rockstars. If you are the politiko, always remember, your side is always our story. Read more. Find out more. Get the latest news here before it spreads on social media. Follow and bookmark this link. https://goo.gl/SvY8Kr

“The go-signal of major projects is very timely as we wrap up our first 100 days in office. We prioritize programs and projects for the general welfare,” added Treñas.

An initial P100 million was allotted from the general budget.

The P38-million five-storey Iloilo City Action and Response (ICARE) Center, on one hand, will rise at Gaisano’s Iloilo City Center along Diversion Road in Mandurriao district. The 25-year usufruct agreement for the 375-square meter site was signed last September 2.

A P10-million ICARE satellite will also be built in Barangay Calumpang, Molo district.

The P20-million three-storey warehouse for city government documents, supplies and equipment will be constructed in the property previously occupied by the Philippine Dental Association office in Molo.