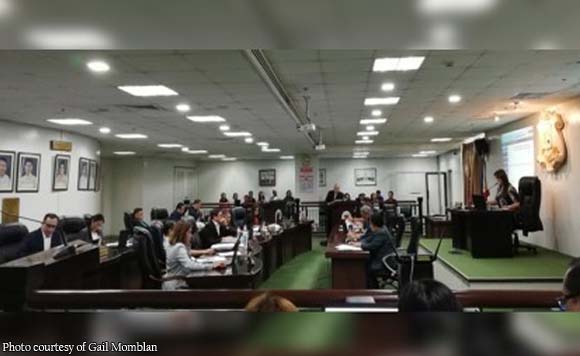 ILOILO CITY — The rising incidence of youth suicide in Iloilo province was brought to the attention of the Sangguniang Panlalawigan (Provincial Board) during its regular session on Tuesday afternoon.

In his privilege speech, Iloilo 3rd District Board Member Matt Palabrica called for urgent attention to address the rise in mental illness and suicide among the youth.

“It has come to my attention because I see news from the media of the prevalence of cases of suicide, especially the young people,” he said in an interview shortly after the session.

Citing data from the Iloilo Police Provincial Office, Palabrica said a total of 179 suicide cases involving youth aged nine to 21, were recorded from 2016 to June 2019, some 35 of which resulted in death.

Methods that were used ranged from suicide by hanging, use of chemical poison, use of guns, to willful drowning.

“Family-related problem(s) topped the reason for committing suicide, followed by love life or break-up of the relationship. Also alarming (are) problems related to school, most probably the inability to cope with academics, bullying, or other reasons,” he said.

Data in 2016 showed that Leon town topped other municipalities, with five suicides, followed by Lambunao with four. There were also incidents of suicide in the component city of Passi and the towns of Pototan, Tigbauan, Igbaras, Lemery, Estancia, and San Dionisio.

“Suicide rates went up alarmingly in 2018 up to June 2019 with about 100 recorded suicides across all ages,” he said.

Leon also listed the most cases of suicide with nine; Cabatuan and Passi City with six each; Badiangan with five; and Alimodian, Anilao, Dingle, Igbaras, Lambunao, Miag-ao, and San Joaquin, with four each.

Palabrica urged efforts from the committees of youth, social welfare, and health to address the issue. He sought to identify “possible reasons for suicide and the approach to how they did it, why they commit suicide.”

“It’s hard to conclude because we still do not have an in-depth study of these cases of suicide. That, we want to know,” he said.

He said he had “brainstormed” with 5th District Board Member Carol V. Espinosa-Diaz, who also chairs the committee on social welfare, and thought of creating a council that would address the problem of rising suicide cases.

The statistics and information will make the legislative body become more proactive in their part in molding the youth.