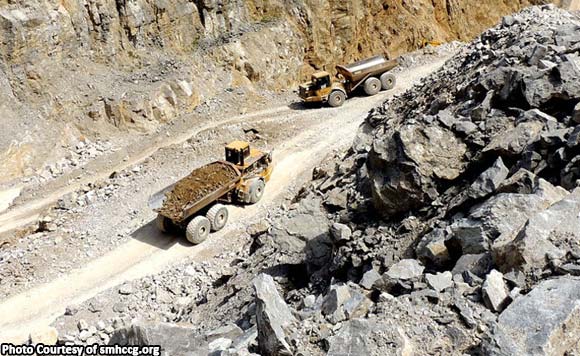 Quarrying is now illegal in Iloilo province during Sundays and during bad weather, after the provincial government issued an executive order to the effect.

In the executive order issued by Gov. Arthur Defensor Sr., the provincial government regulates the extraction, hauling and transportation of quarry materials.

But he said quarry activities will be allowed on Sundays only if the quarry operator gets a special permit from the Office of the Governor.

Such special permits can be issued only if the applicant can justify that “there is urgent work or delivery to construction projects and that continuous delivery of sand and gravel materials necessary to complete the project, or in similar instances where necessity and urgency are of utmost consideration,” the executive order said.

Violation will be a ground for suspension, revocation or cancellation of quarry permits.

Operators who commit the same offense more than three times shall lose their permit for at least one year.

Defensor pointed out some parties continue with quarrying activities during Sundays, when the Provincial Task Force on Overloading are taking the weekend off (https://thedailyguardian.net/local-news/sunday-quarries-banned-iloilo/).

Provincial Disaster Risk Reduction and Management Office will determine the areas to be covered by the ban.

The stickers will indicate the maximum volume of materials to be loaded on the truck.

Meanwhile, Defensor said he plans to deputize the police to help in apprehending violators, but added they need to undergo training.

Continue Reading
governmentIloiloOffice of the GovernorprovincialquarryingSundaysTask ForceTyphoon
0
Share
Politiko would love to hear your views on this...
Trending News
More Stories