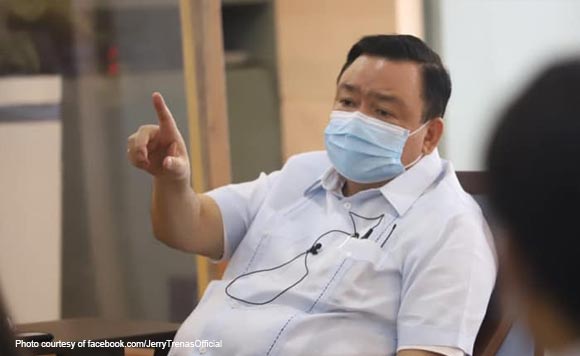 0 149
Share
Want more POLITIKO News? Get the latest newsfeed here. We publish dozens and dozens of politics-only news stories every hour. Click here to get to know more about your politiko - from trivial to crucial. it's our commitment to tell their stories. We follow your favorite POLITIKO like they are rockstars. If you are the politiko, always remember, your side is always our story. Read more. Find out more. Get the latest news here before it spreads on social media. Follow and bookmark this link. https://goo.gl/SvY8Kr

Travel restrictions from Iloilo to Negros Island were lifted Wednesday.

“Upon due consideration, the City of Iloilo hereby reconsiders its decision to ban the travel of passengers from Iloilo City to Bacolod and vice versa. We apologize to everyone for the inconvenience,” Treñas said in a statement.

On Tuesday, Treñas announced the suspension of travel to and from Bacolod City, following the recommendations by a team of private doctors in the city.

The recommendation was based on the advisory posted by Riverside Medical Center, Inc. (RMCI) in Bacolod City, saying it has reached full capacity in admitting and treating coronavirus (Covid-19) patients.

“It seems that the RMCI in Bacolod made a social media post which triggered a scare in our doctors in the city,” the mayor said.

Defensor followed Treñas shortly by announcing the closure of travel from the ports in Dumangas and Estancia towns.

For his part, Bacolod City Mayor Evelio Leonardia stopped travel from Bacolod City to Iloilo city and province, as well as Guimaras province.

But in a statement, RMCI clarified that its capacity to admit Covid-19 patients remains manageable.

“In addition, there are eight Suspected/Probable patients admitted outside the Isolation Facility but within the designated Covid-19 area at the 5th floor of the hospital. The RMCI has allocated 20 percent or 53 beds out of its bed capacity for Covid-19 related cases.

“As of July 21, 2020, only 19 beds or 36 percent are occupied with zero deaths, since the start of the pandemic. This is considered a low census for Covid-19 cases admitted in a healthcare facility,” they also said.