‘If they keep letting Filipinos suffer, I might just decide to run as president’ 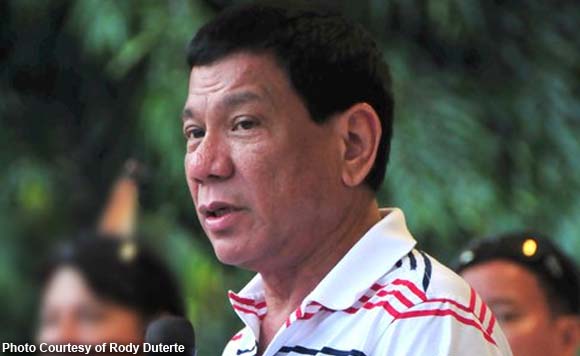 Like the proverbial hero in an action flick, Davao City mayor Rodrigo Duterte announced he might just run for president to save millions of “oppressed” Filipinos.

“I do not like the way oppressed Filipinos are being treated now. They are oppressed and have no one to turn to,” Duterte said in a Philippine Star report.

“If they keep letting Filipinos suffer, I might just decide to run as president,” he stressed.

The 70-year-old mayor has been chosen by his party Partido Demokratiko Pilipino-Lakas ng Bayan (PDP-Laban) as its substitute presidential candidate for anti-crime czar Martin Diño who withdrew his candidacy.

Duterte admitted he was getting tired of responding to speculations that he would eventually join the presidential race.

But the Davao mayor said he is considering the presidency if only to stop the ordeal being suffered by ordinary Filipino who become victims of the “laglag bala” scam at the Ninoy Aquino International Airport.

If he does run for president, Duterte said he would have former Metro Manila Development Authority (MMDA) chairman Francis Tolentino in his senatorial slate.

He pointed out that he supports Tolentino’s aim of forming a National Disaster Recovery Agency and push for laws that will promote disaster preparedness and environmental sustainability.