Ibalik niyo! Evardone thanks Duterte for taking up Balangiga Bells during SONA 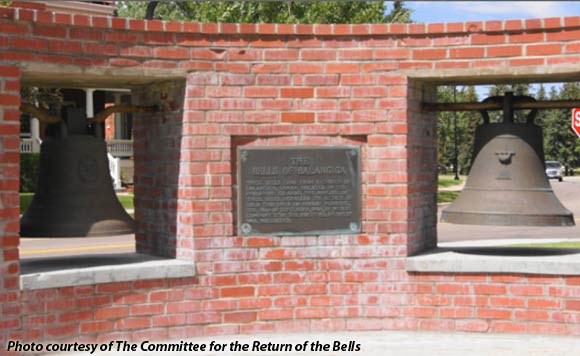 Eastern Samar Rep. Ben Evardone has expressed his gratitude to President Rodrigo R. Duterte for taking up the issue of Balangiga Bells seized by the American forces 216 years ago during his second State of the Nation Address on Monday.

“We would like to express our sincere appreciation to President Duterte for taking up the cudgels for the return of the Balangiga Bells,” Evardone, who also chairs the House committee on banks and financial intermediaries, said.

Duterte, in his two-hour long speech, recalled the how American forces, in 1901, retaliated when Samar natives attack the former, by ordering the killing of Filipino male above 10 years old.

The Balangiga Bells were seized by the Americans as war of trophy.

“That’s why I say today – give us back those Balangiga bells. They belong to the Philippines. They are part of our national heritage. Isauli naman ninyo, masakit iyon sa amin,” Duterte said.

Evardone, for his part, subscribed to the statement of the President, stressing that the church bells belong to people of Eastern Samar.

“The bells rightfully belong to us, the people of Eastern Samar, and they symbolize the heroism and commitment to freedom of our ancestors,” said Evardone.