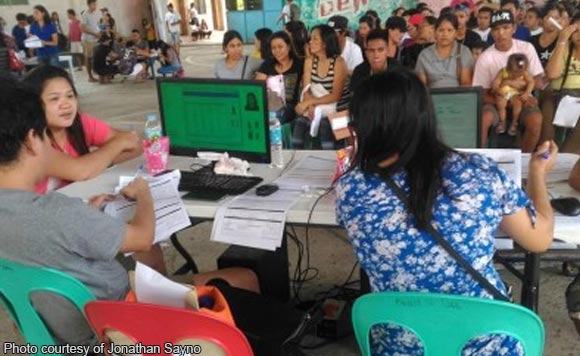 Voters in Iloilo City who want to be sure their votes count in the 2019 elections have until Sept. 18 to avail of the Commission on Elections’ satellite registration.

Election officer Jonathan Sayno said they had been conducting satellite registrations in different barangays since July 2.

“We reach out to everyone so they could participate and exercise their right to suffrage,” Sayno said.

He said the satellite registration caters mainly to first-time voters, persons with disabilities, and senior citizens.

The Comelec has already reached Arevalo, Molo, and Mandurriao districts. From Aug 29 to Sept. 7, it will be in City Proper and in La Paz on Sept. 8 to 15.

On Sept. 17 and 18, it will conduct a two-day satellite registration for the inmates.

Voter’s registration will end Sept. 29, with no extension, as the filing of certificates of candidacy will follow two weeks after.