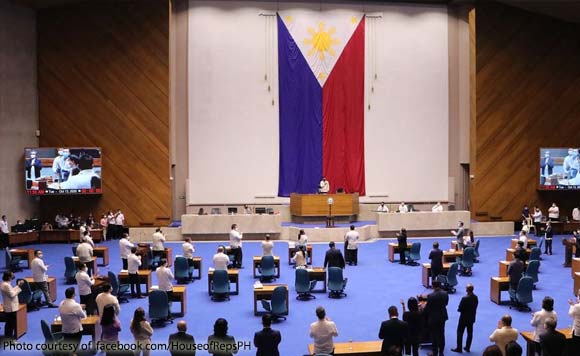 0 168
Share
Want more POLITIKO News? Get the latest newsfeed here. We publish dozens and dozens of politics-only news stories every hour. Click here to get to know more about your politiko - from trivial to crucial. it's our commitment to tell their stories. We follow your favorite POLITIKO like they are rockstars. If you are the politiko, always remember, your side is always our story. Read more. Find out more. Get the latest news here before it spreads on social media. Follow and bookmark this link. https://goo.gl/SvY8Kr

The House of Representatives has approved a bill splitting Iloilo City into two congressional districts.

HBN 3074 seeks to reapportion the districts of Jaro, La Paz and Mandurriao to one congressional district while the other legislative district would be composed of the City Proper, Molo, Arevalo and Lapuz. (https://bit.ly/3asfaIG)

The measure also called the reapportioning of the composition of the Sangguniang Panlungsod with 16 regular members – eight each from the two new legislative districts.

“With two legislators, we can expect more projects and programs from the national government, a doubled effort to woo investors and more benefits for the people,” said Baronda.

A counterpart bill in Senate is needed to complete the city’s redistricting bid.