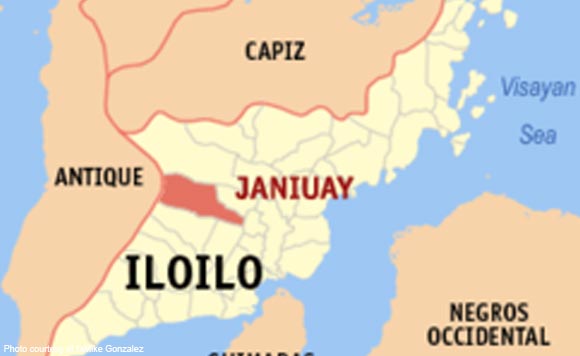 0 239
Share
Want more POLITIKO News? Get the latest newsfeed here. We publish dozens and dozens of politics-only news stories every hour. Click here to get to know more about your politiko - from trivial to crucial. it's our commitment to tell their stories. We follow your favorite POLITIKO like they are rockstars. If you are the politiko, always remember, your side is always our story. Read more. Find out more. Get the latest news here before it spreads on social media. Follow and bookmark this link. https://goo.gl/SvY8Kr

Work is now underway to cut the travel time between the hinterlands villages and the town proper of Janiuay in Iloilo, with the Quipot-Barasalon concrete pathway.

The groundbreaking ceremony for the 2.74-km concrete pathway project was held last Feb. 13, attended by local officials of Janiuay and Iloilo province.

With a cost of P17 million, the concrete pathway is part of the Forestland Management Project of the Department of Environment and Natural Resources (https://dailyguardian.com.ph/hinterland-road-breaks-ground/).

It was funded by the Japanese government, through the Japan International Cooperation Agency (JICA).

Locally, FMP aims to rehabilitate the denuded forestlands of the Jalaur River Basin and at the same time support the community through Agroforestry Support Facilities such as concrete pathways, irrigation pipeline systems, concrete bridge, and hanging bridges.

The Project is expected to integrate conservation and development-oriented activities with full participation and capacitation of local communities.

These include 147 People’s Organizations (POs) within the identified 24 sub-watershed areas as well as the DENR and other stakeholders.

Quipot-Barasalon pathway has a width of 1.25 meters and its contractor Micro Asia Builders Corporation is tasked to finish the project within 270 days.

FMP projects will also be implemented in the towns of Janiuay, Lambunao, and Calinog.