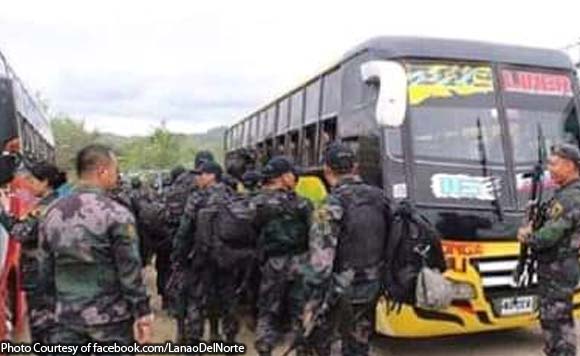 0 1,041
Share
Want more POLITIKO News? Get the latest newsfeed here. We publish dozens and dozens of politics-only news stories every hour. Click here to get to know more about your politiko - from trivial to crucial. it's our commitment to tell their stories. We follow your favorite POLITIKO like they are rockstars. If you are the politiko, always remember, your side is always our story. Read more. Find out more. Get the latest news here before it spreads on social media. Follow and bookmark this link. https://goo.gl/SvY8Kr

Some 50 members of the Philippine National Police’s Western Visayas Mobile Force underwent a course on improving their investigative skills.

“It is our desire to fully arm our personnel, not only with guns but more importantly with knowledge, so they could perform better in any field of assignment,” Bulalacao said.

Bulalacao said the mobile force is used to “strike and withdraw” but may have forgotten the need to investigate, including gathering and handling of evidence.

The PNP Mobile Force is primarily in charge of the PNP’s internal security operation.

During the training, members of the Mobile Forces will work as first responders which guarantees that cases will be filed in courts.