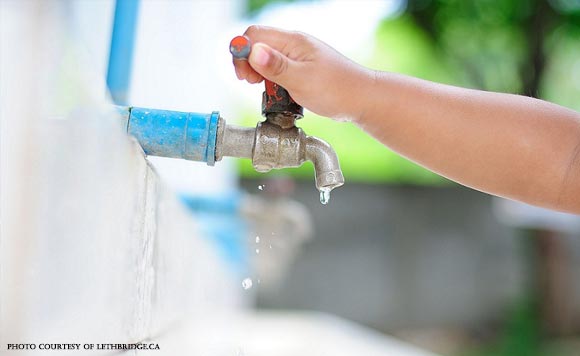 Could the change in the city government of Iloilo City also mean a stop to the city’s water woes?

The joint venture paves the way for a 25-year concession for the expansion, and improvement of the water distribution system, and wastewater management facilities of MIWD.

Under the agreement, the water distribution system will now be handled by MIW while MIWD will monitor the performance of MIW based on the Service Contract Agreements (https://dailyguardian.com.ph/new-water-firm-aims-to-plug-leaks-improve-supply/).

“Access to potable water is a basic human right and as experts in the water industry, it is incumbent upon us to address the water needs of our countrymen and ensure proper waste sanitation through proper waste management,” Lim said.

He added Maynilad has dedicated itself to improving the lives of 9.5 million people within its concessionaire.

“This is the role we also see MIW has planned for the people of Iloilo, supplying the Ilonggos with sustainable water while helping them protect the environment through the treatment of waste water,” he said.

For his part, MIW president Engr. Eriberto Calubaquib said their priority is to satisfy the around 40,000 consumers in Iloilo City and towns of Oton, Maasin, Cabatuan, Sta. Barbara, Leganes, and San Miguel.

“Right now, we have 40,000 service connections and the supply of service is not consistently 24/7 since the water is being rationed. The first approach is really to satisfy the existing customers that they get sufficient water before we do the expansion to other consumers,” he said.

Calubaquib added that in the next five years, they target to expand their service population in the households from 20 to 35 percent.

Amaryllis Josephine Castro, officer-in-charge of MIWD’s Office of the General Manager, said they aim to reduce non-revenue water (supply lost to leaks and pilferages) from 50 percent to 35 percent over the 25-year concession.

They will also expand services to Molo and Arevalo districts.

Meanwhile, Castro urged the current consumers of MIWD to transfer and sign their new water contracts under the new company.