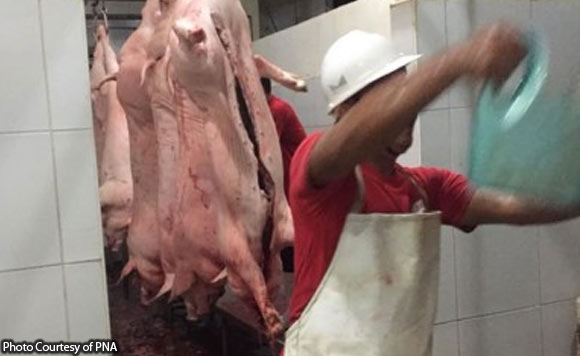 0 680
Share
Want more POLITIKO News? Get the latest newsfeed here. We publish dozens and dozens of politics-only news stories every hour. Click here to get to know more about your politiko - from trivial to crucial. it's our commitment to tell their stories. We follow your favorite POLITIKO like they are rockstars. If you are the politiko, always remember, your side is always our story. Read more. Find out more. Get the latest news here before it spreads on social media. Follow and bookmark this link. https://goo.gl/SvY8Kr

The Department of Agriculture is seemingly unaware of a plan by the Iloilo City government to set aside P150 million to improve its slaughterhouse.

DA Assistant Secretary for Regulations and the Visayas Hansel Didulo said they are still waiting for technical specifications from the technical working group.

Didulo said that while they are working with the city government on the matter, he has yet to see its master plan.

Worse, he said their office has no budget for the proposed P100-million rehabilitation.

Still, Didulo said it would be possible to build a new slaughterhouse by improving it – or even building a new one.

The slaughterhouse, which operates 364 days a year, processes 150 hogs and 20 large animals every day but lacks certification from the national government.