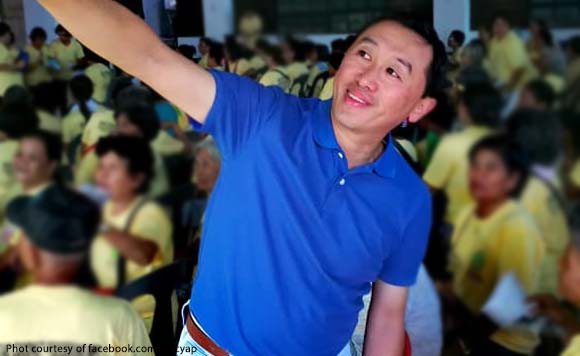 0 777
Share
Want more POLITIKO News? Get the latest newsfeed here. We publish dozens and dozens of politics-only news stories every hour. Click here to get to know more about your politiko - from trivial to crucial. it's our commitment to tell their stories. We follow your favorite POLITIKO like they are rockstars. If you are the politiko, always remember, your side is always our story. Read more. Find out more. Get the latest news here before it spreads on social media. Follow and bookmark this link. https://goo.gl/SvY8Kr

In a statement, former Cabinet Secretary Leoncio Evasco, who similarly received threats against his life, urged for a “wider investigation” by concerned government agencies, including the National Bureau of Investigation (NBI) and the Philippine National Police (PNP) to ensure “impartiality and credibility”.

Yap’s revelation of the reported assassination plot comes after Evasco’s family formally wrote a request to the NBI, asking the agency to probe the death threats he has been receiving.

“Whether it is a mere coincidence that Cong. Yap revealed the alleged threat against him only after the request of my family for an investigation came out in the media or not, we view this with serious concern,” Evasco said.

“The reported threats first against the undersigned and now less than the Deputy Speaker of the House of Representatives therefore require urgent and immediate action,” he added, as he cited that Bohol “ranks high among the provinces where illegal drugs is rampant.”

Evasco said he would be willing to join Yap in making a request for a comprehensive investigation.

“There is no problem if the investigation will later on yield negative results. The problem is if one, or both, are proven positive,” he noted.

“Under such circumstances, the concerned government agencies will have to take the necessary to prosecute and make them accountable for their actions,” he added.

Evasco stressed that such security concerns should not be taken lightly because they not only endanger the possible assassination target, but also innocent lives that might be caught in the crossfire.

“They should not be swept under the rug because security concerns can make a difference both in the conduct of the campaign as well as the results of the election,” he added.

Evasco is running in the gubernatorial race in Bohol under the NPC-HnP while his rival Yap is running under the banner of PDP-Laban.(PNA)