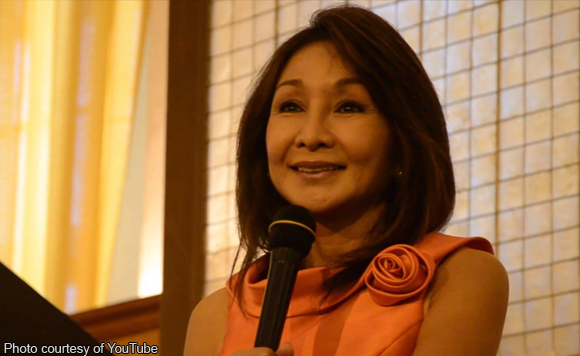 In a 2016 report, the Commission on Audit (COA) said the provincial government under Garcia failed to properly monitor the utilization of construction materials procured in 2010 for the construction of Integrated Level III Waterworks System in Bagakay-Tagnukan, Borbon, Cebu with a contract amount of P1,497,500.

The auditors said upon its inspection on the site, the project was found to be not in compliance with the Program of Works and Plans because there were changes in the actual implementation of the project.

Upon a tip from concerned citizens of Borbon who are in dire need of safe water, the auditors found the following deficiencies that deviated from the program of works and plans: PVC pipes exist along the roads, but the pipes were not embedded: PVC pipes exist along the roads but pipes were not embedded and some PVC pipes were already damaged and replaced by PE pipes; only one air release was found, but without fabricated steel box and concrete materials; stub-outs were non-existent; non-existent, fabricated steel reservoir was implemented instead of a concrete reservoir; said steel reservoir was not being utilized; installation of thrust block and pipe support was non-existent and unnecessary considering that the water line distribution pipes were not embedded.

The auditors noted that there were three items in the project plan which were non-existent, raising the possibility that the materials procured were diverted to private purposes, making the officials liable for the crime of malversation.

The COA warned the officials that they could be liable for violating Article 217 of the Revised Penal Code, which penalizes malversation as crime of “misappropriat(ing)… through abandonment or negligence… public funds or property.”

The auditors also said they could be liable for violating Article 220, for illegal use of public funds or property, which penalizes” public use other than that for which such fund or property were appropriated by law or ordinance.”

The engineer said though that there was no memorandum of agreement in the project, and that the request was verbally approved by former governor now Cebu Rep. Gwendolyn Garcia.

“The Memorandum of Agreement is a vital document in implementing projects in partnership with other agencies because it lays out the duties and responsibilities of each party in the project implementation. It is a necessary document in processing the payments intended for the projects,” the auditors said.

“Non-compliance with the Program of Works and Plans resulted in the insufficiency of safe water supply to the local constituents, thus, the maximum benefit that could have been obtained from the project was not attained,” the auditors added.

The COA urged the present governor Hilario Davide III to form a team to investigate the anomalous project and file charges against the officials involved.