Gwen’s slims down Cebu Capitol, gets board backing 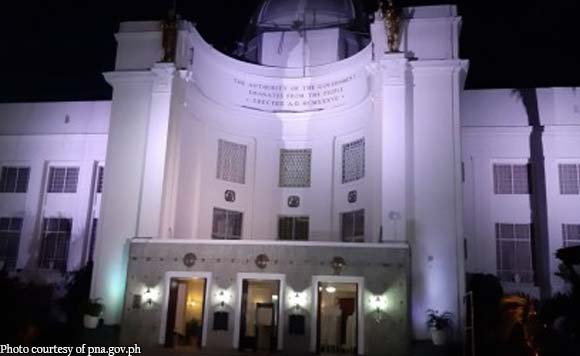 0 862
Share
Want more POLITIKO News? Get the latest newsfeed here. We publish dozens and dozens of politics-only news stories every hour. Click here to get to know more about your politiko - from trivial to crucial. it's our commitment to tell their stories. We follow your favorite POLITIKO like they are rockstars. If you are the politiko, always remember, your side is always our story. Read more. Find out more. Get the latest news here before it spreads on social media. Follow and bookmark this link. https://goo.gl/SvY8Kr

CEBU CITY — Members of Cebu’s Provincial Board on Tuesday backed Governor Gwendolyn Garcia’s move to streamline the bureaucracy at the Provincial Capitol by downsizing four departments and downgrading them into mere divisions under her office.

In effect, these offices will be downgraded from the level of a department into divisions under the Office of the Governor.

Galeos, author of the ordinance, said Garcia’s rationalization program will result in trimming down to 31 plantilla employees from the original 166 under the measure passed during the previous administration of former governor, now Vice Governor Hilario Davide III.

“The objective of the governor is to uphold the general welfare of the public. While we sacrifice more than a hundred positions, we will convert that into savings that can be used to finance projects that can benefit the general populace,” Galeos told the Philippine News Agency (PNA) in an interview.

Glenn Anthony Soco, the provincial board’s representative from Cebu’s 6th district, told PNA in a separate interview that the province will save about PHP186 million per year when plantilla positions in the four departments are downsized.

“For example, if there is a calamity, Governor Gwen will just tap the social services department, the Provincial Health Office, the Engineering Office, etc.,” he said.

“While we induce downsizing of personnel in those departments, we see to it that efficiency in the delivery of basic services will not be sacrificed,” he added.

Soco said that with Garcia’s “management style, we feel that functions of those offices will not just be efficient, they can even be improved.”

He clarified that more than half of those 166 plantilla positions were never filled up by the administration of Davide.

“Since the positions were not filled up, what are the purposes of retaining those offices in the level of a department?” he asked. (PNA)