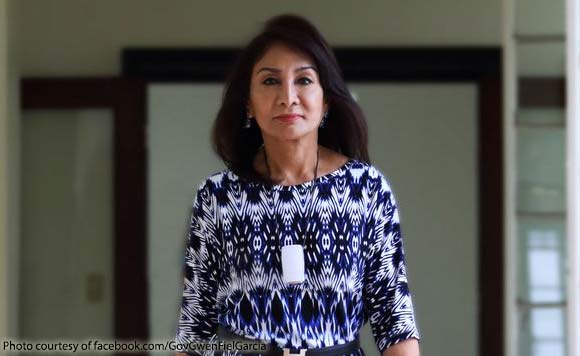 Cebu Governor Gwendolyn Garcia refused to shell out funds for the Department of Education’s printing of modules, saying the modular setup will not be effective for pupils and students.

“We did not set aside funding for that because we could not really make sure that it will really achieve the level of education that we would wish our children to have. And the standard of education has grossly been lowered with this module thing,” Garcia told reporters in a press conference yesterday.

According to her, DepEd had asked for about P1.2 billion funding for the printing of modules for 10 months to be used by the province’s more than 600,000 students. The estimated cost per module was P280. (https://bit.ly/3nzO9I2)

“I’d rather spend P1.2 billion on interventions that will, first of all, ensure better education for our children. Second, improving their [learning] environment. Third, improving the teaching materials that we can be assured of,” she added.

Garcia said the Capitol will soon provide notebooks and school supplies for all the students in the province under the K to 12 program.

Aside from the difficulties of learning through the use of modules, the governor also raised the concern on internet connectivity in the province.

Based on the survey conducted in the entire province, only 20 percent of the total student population were internet-ready.