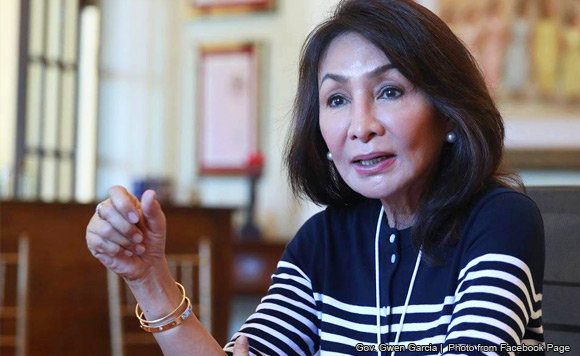 CEBU CITY – Governor Gwendolyn Garcia has assured that capitol-planned infrastructure projects to be implemented this year will push through despite the coronavirus disease (Covid-19) pandemic.

Garcia said road concreting and rehabilitation works which are among the capitol’s priority projects across the province would continue.

She said no realignment of the infrastructure budget was made.

“Despite the challenges we’re facing because of Covid-19, our projects should not stop especially our infrastructure projects. The roads, water, and bridges are essential to the public to boost the people’s livelihoods,” the governor was quoted as saying in Cebuano in a statement released by the Capitol’s public information office on Monday.

Garcia said the Capitol will continue the concreting works as a counterpart to the PHP12.5-million road project of 5th District Rep. Vincent Franco “Duke” Frasco in Barangay Eastern Poblacion to Barangay Altavista in Poro.

She said three big barangays of Poro will compose the first phase of the waterworks and the rest of the barangays will be covered in the second phase.

The project is eyed to start later this year once bidding is done by September, she said.

The governor said the waterworks project in Pilar town is ongoing while the one in Tudela is pending request, both are located in Camotes.

She said the continuation of the recently inaugurated road concreting project in Tudela which stretches from Barangay North Poblacion to Barangay Puertobello has already been awarded and is soon to start. (PNA)