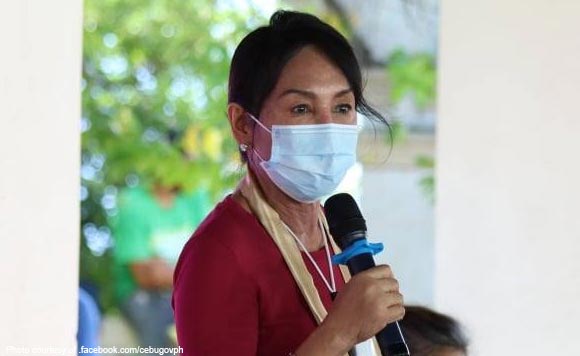 Cebu Governor Gwendolyn Garcia has stopped the extraction and transport of dolomite from Alcoy town for the Manila Bay rehabilitation project.

The governor also directed Alcoy town, the police, and the military to assist the provincial government in implementing the order.

DMC, through a Mineral Production Sharing Agreement with the national government, extracted the dolomite in Alcoy while PMSC took care of transporting the dolomite to Manila.

As stated in her order, Garcia said the provincial government and Alcoy town were not informed of the Manila Bay project nor was there a public consultation held before the Mines and Geosciences Bureau (MGB) – 7 issued two Ore Transport Permits (OTP) to PMSC to allow the company to transport seven Wet Metric Tons of dolomite to Manila from Cebu.

“The issuance of the OTPs to PMSC without the proper notice to the local government unit and the absence of public consultation and participation clearly lacks transparency on the part of the MGB, PMSC, and DMC hence, a violation of Section 8(a) of DENR (Department of Environment and Natural Resources) Administrative Order No. 2010-21,” the cease and desist order read.

Section 8 of the DENR order highlights the role of local governments in mining projects within their jurisdiction as mandated by the Philippine Mining Act, one of which is “to ensure that relevant laws on public notice, public consultation, and public participation are complied with.”

“Under the Precautionary Principle in Environmental Law enshrined in Rule 20 of the Rules of Procedure for environmental cases, it is ordained that when there is a lack of full scientific certainty in establishing causal link between human activity and environmental effect or harm, the right to a balanced and healthful ecology shall be given the benefit of the doubt. The possible harm and effect the Manila Bay aesthetic project has to the ecology of Cebu triggers the operability of this principle to prevent environmental inequity to the present and future generations of Cebuanos,” the order also stated.