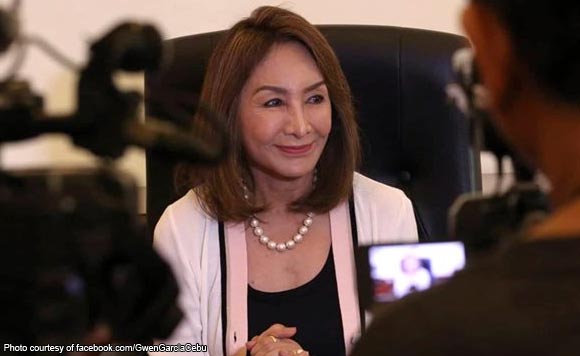 0 2,840
Share
Want more POLITIKO News? Get the latest newsfeed here. We publish dozens and dozens of politics-only news stories every hour. Click here to get to know more about your politiko - from trivial to crucial. it's our commitment to tell their stories. We follow your favorite POLITIKO like they are rockstars. If you are the politiko, always remember, your side is always our story. Read more. Find out more. Get the latest news here before it spreads on social media. Follow and bookmark this link. https://goo.gl/SvY8Kr

Governor Gwendolyn Garcia said she will double the allocation for the province’s Philippine Councilors League (PCL) to P10 million.

“This resourcefulness deserves our assistance from the Office of the Governor in order to support the projects of the PCL,” she said.

“Use it well and use it for our beloved brothers and sisters in the province of Cebu.” (https://bit.ly/2rNZD2Z)

The governor also lauded the PCL Cebu Chapter for its “unity” under the leadership of ex-officio Provincial Board Member and Tabogon Councilor Edward Francis Salimbangon as president and Toledo City Councilor Ricardo Pepito as vice president.

In the last three months, the PCL had already conducted two medical missions in the mountain barangays of Garing in Consolacion and Magsico in San Fernando. It also launched a sports fest during the PCL Week celebration last September.