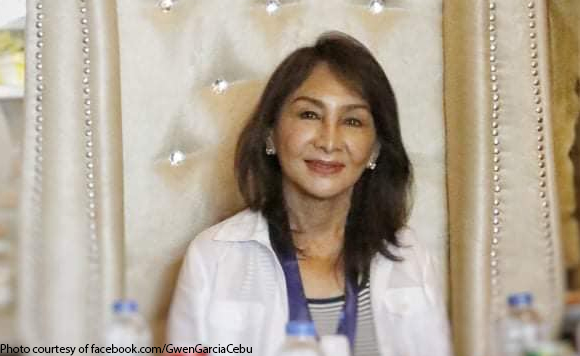 The Office of the Ombudsman has cleared Cebu Governor Gwendolyn Garcia of criminal liability over alleged anomalies in the construction of the Cebu International Convention Center (CICC).

The P830 million project was built in 2006 to house events for the Association of Southeast Asian Nations Summit.

“After a careful review of the records and pertinent jurisprudence, this office finds that not all the elements of the crime punishable under Sec. 3 of R.A. No. 3019 are present to indict the respondents,” the Ombudsman said in an order released on December 14, 2020.

The Ombudsman said there was no sufficient evidence to prove that Garcia and the other respondents violated the Anti-Graft and Corrupt Practices Act in implementing the project because the bidding, awarding, and construction of CICC was done with impartiality and in good faith, and did not cause undue injury to any party.

The respondents also did not give unwarranted benefits, advantage, or preference to anyone in line with the project.

To be guilty of violating the Act, evidence must show that the respondents acted through manifest partiality, evident bad faith, or gross inexcusable negligence; and caused any undue injury to any party, including the government, or gave unwarranted benefits, advantage or preference.

“In the same vein, it cannot be said that the respondents caused any undue injury to any party, including the Government, or gave any unwarranted benefits, advantage or preference. As above-mentioned, the items procured were reasonably priced and is within the standards set by COA. As such, there was no undue injury because the local government did not spend money more than it was supposed to and there was no showing that the respondents obtained benefits as a result of the transaction. Further, there were no unwarranted benefits given considering that the respondents gave sufficient justification in resorting to alternative modes of procurement and the materials were purchased at cost,” the Ombudsman said.

The ruling followed an earlier finding that there was probable cause to indict the respondents in the criminal charges for allegedly giving undue preference to the contractor when they resorted to limited resource bidding.

The Public Assistance and Corruption Prevention Office of the Ombudsman Visayas moved for the filing of criminal charges against Garcia and the other respondents before the Preliminary Investigation, Administrative Adjudication and Review Bureau of the Ombudsman’s central office.