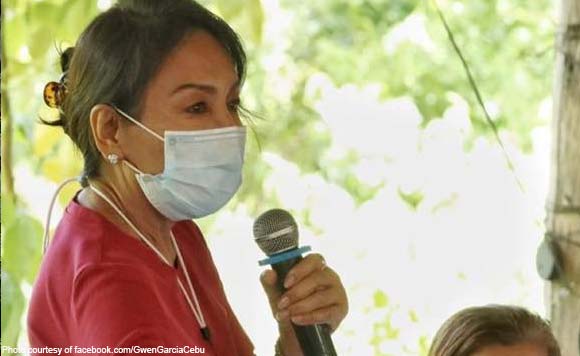 The Cebu Provincial Board has authorized Governor Gwendolyn Garcia to file cases against those who are involved in the “anomalous and grossly disadvantageous transaction” over the implementation of the agreement for the bulk water supply from Carmen town to Metro Cebu.

The Sangguniang Panlalawigan gave Garcia the authority to “file in behalf of the Province of Cebu appropriate criminal, administrative, and civil cases against any and all persons or entities responsible in the anomalous and grossly disadvantageous transactions involving the implementation of the joint investment agreement (JIA) entered into by and between the Province of Cebu and Manila Water Consortium, Inc.” to deliver treated bulk water to Metro Cebu.

The authorization was granted through a resolution authored by Third District Board Member John Ismael Borgonia. (https://bit.ly/3hWo6rg)

Borgonia said that after the legal audit ordered by the Office of the Governor on Cebu Manila Water Development, Inc., it was observed that there were changes on the terms and references of the agreement.

These include the increase of project cost or capital expenditure from P702 million to over P1 billion; increase on the tariff rate from P13.95 per cubic meter to P24.29 per cubic meter; decrease of project internal rate of return (PIRR) from 19.29 percent to 12.30 percent; non-remittance to the Province of its receivables and plowing back of the earned revenues to the CAPEX and Joint Investment Company (JICO).

It was in March 2012 when the Cebu Capitol and Manila Water Consortium (MWC) signed the JIA for a joint investment through JICO named as Cebu Manila Water Development, Inc.

The agreement was for the construction and development of bulk water by tapping surface water from Luyang River in Carmen town.

The changes on the tariff rate and the PIRR “are clearly anomalous and deceptive in that MWC was able to revert to the terms and references in its original bid in the Swiss Challenge, thereby disregarding discarding that of the winning bid of Cebu Water Consortium,” according to Borgonia.

He added that the changes were not “approved by authorized” by the JICO Board of Directors, Cebu Province, and MWC through the Cebu provincial board and board of directors.