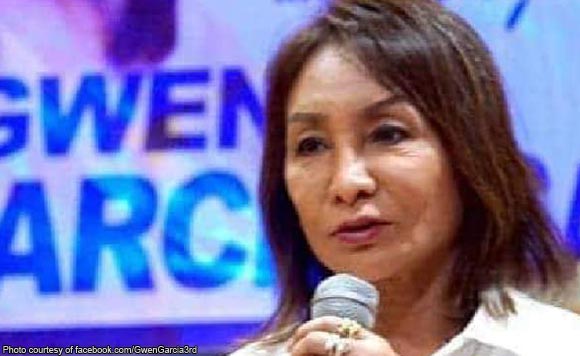 Cebu Governor Gwendolyn Garcia questioned the Department of Energy (DOE) on the late remittance of the share of Alegria from the oil project in the town.

Alegria received only about P100,000 of the total proceeds amounting to at least P500,000 in the fiscal year 2018-2019 generated from the oil project in one of its barangays, said Garcia.

“Under the Local Government Code, when we talk about share of the national wealth, that should be remitted directly on the first five days of every quarter,” she added.

The governor cited Section 293 of the Code that states, “in the case of any government agency or government-owned or controlled corporation engaged in the utilization and development of the national wealth, such share shall be directly remitted to the provincial, city, municipal or barangay treasurer concerned within five (5) days after the end of each quarter.” (https://bit.ly/3ciFbKG)

It was in 2018 when it was found that Alegria hosts commercial quantities of natural gas and oil resources. The DOE and China International Mining Petroleum Company Limited (CIMP) discovered an estimated 27.93 million barrels of oil.

Garcia explained that 70 percent of the total gross proceeds of the oil project go back to CIMP, the project contractor, as reimbursement for operating expenses.

The 30 percent of proceeds left will then be divided among the national and local government units in a 60-40 scheme.

To expedite the remittance of Alegria’s shares, Garcia suggested that DOE channel the proceeds directly to the municipality through a trust fund – a scheme being followed by power generators for the province’s shares of revenue per kilowatt-hour.