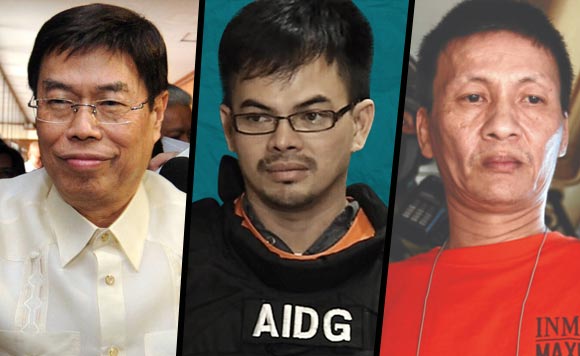 0 850
Share
Want more POLITIKO News? Get the latest newsfeed here. We publish dozens and dozens of politics-only news stories every hour. Click here to get to know more about your politiko - from trivial to crucial. it's our commitment to tell their stories. We follow your favorite POLITIKO like they are rockstars. If you are the politiko, always remember, your side is always our story. Read more. Find out more. Get the latest news here before it spreads on social media. Follow and bookmark this link. https://goo.gl/SvY8Kr

Cebu businessman and alleged big-time drug lord Peter Lim has asked the Department of Justice (DOJ) to conduct a separate preliminary investigation on the illegal drug raps lodged against him and his co-respondents, a week before the start of the preliminary probe into the police’s drug complaint.

“Considering that he is being charged with a non-bailable offense, and in order to prevent undue prejudice to him, Mr. Lim respectfully requests that this Panel of Prosecutors conduct a separate preliminary investigation against him to fully protect his constitutional right to due process,” read his ad cautelam motion filed Friday.

“In this regard, Mr. Lim is concerned that his defenses and the obvious lack of evidence against him might not be given due attention in view of the number of respondents and transactions involved in the case,” it added.

“Worse, his defenses might not only be glossed over and overshadowed as this Panel of Prosecutors may concentrate on the defenses raised by the other respondents,” the motion stated.

Based on the returned subpoenas received by the DOJ, it confirmed that Miro died last March 10 in a police operation conducted by the Ormoc Police in Barangay Bantigue, Ormoc City, while Pepito was killed by unidentified riding-in-tandem suspects in Albuera, Leyte on Dec. 1, 2017.

The criminal complaint filed by the Philippine National Police-Criminal Investigation and Detection Group’s Major Crimes Investigation Unit (PNP-CIDG-MCIU) before the DOJ accused Lim and his co-respondents of violating Section 26(b) in relation to Section 5 (Sale, Trading, Administration, Dispensation, Delivery, Distribution and Transportation of Dangerous Drugs and/or Controlled Precursors and Essential Chemicals) of Republic Act (RA) No. 9165, also known as the Comprehensive Dangerous Drugs Act of 2002.

Former justice chief Vitaliano Aguirre II said the new panel of prosecutors is empowered to continue the preliminary investigation on the cases against the two alleged drug kingpins.

He made the move after being criticized when a panel of prosecutors of the DOJ issued the Dec. 20, 2017 resolution that dismissed the drug complaint filed by the PNP-CIDG-MCIU.