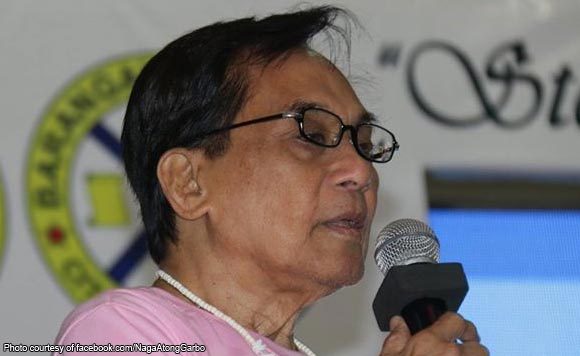 House Assistant Majority Leader and Cebu Rep. Eduardo Gullas has sought the help of the Manila Electric Co. (Meralco) in quickly restoring power distribution lines that were knocked down by typhoon Odette.

Gullas asked Meralco chairman Manny Pangilinan to send equipment and personnel to speed up the reinstallation of Cebu’s downed electricity poles and lines.

While the Visayan Electric Co. (VECO) and other power stakeholders are doing their best to fix the lack of power, Gullas said Cebu needs all the help it can get in swiftly reviving electricity supply to households.

As of 12 pm on Sunday, VECO’s franchise area, which covers a population of 1.73 million, was still reeling from a total blackout.

VECO distributes electricity in the cities of Cebu, Mandaue, Talisay, and Naga, and in the four municipalities of Liloan, Consolacion, Minglanilla, and San Fernando.

“Getting our electricity back on should be our No. 1 priority, because it will help solve other problems, including the lack of water,” Gullas added. “We do not want the lack of running water to cause public health problems.”

The Metropolitan Cebu Water District (MCWD) earlier said it has managed to provide limited water supply to 30 percent of its franchise area with the use of emergency power generating sets.

In a meeting on Saturday with Cebu Gov. Gwen Garcia, representatives from VECO, the Cebu Electric Cooperative (CEBECO), and the National Grid Corporation of the Philippines (NGCP) said they expect to restore power supply in some parts of the province within a week.