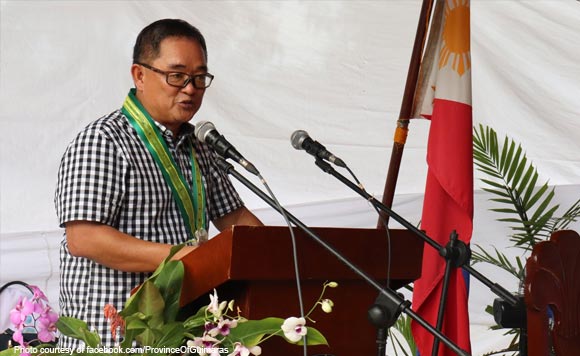 The provincial government of Guimaras has imposed a temporary ban of guests particularly from affected areas of China as a precautionary measure amid the novel coronavirus (2019-nCoV) outbreak.

Guimaras Governor Samuel Gumarin through Executive Order No. 15, which he signed Friday, also directed mayors of the province’s five municipalities to enforce similar ban to visitors coming from other countries and areas who could not present a clearance from the Department of Health-Bureau of Quarantine (DOH-BOQ).

“While the Bureau of Quarantine remains on high alert and is in constant coordination with authorities from all ports of entry for stricter border surveillance, the province of Guimaras likewise needs to have full vigilance and security in all its entry points,” Gumarin said.

Gumarin called for a meeting with all the mayors, health and port personnel on Friday.

In a phone interview, he said, that while they have no major ports, yet they also have to take precautionary measures because Guimaras is a small province.

The governor said there is “a need for immediate action at the local level, particularly to protect the inhabitants and the agri-tourism industry of the province of Guimaras”.

Guimaras recorded 582 Chinese arrivals in 2019 as per data of the provincial tourism office.

Gumarin added that they already have Chinese investors but their number is not as huge unlike in other provinces.

Meanwhile, he said one of the proposals during a separate meeting called by the DOH-Bureau of Quarantine Western Visayas on Friday was for Filipino-Chinese living in Iloilo to present a clearance that they have no recent travels to places where there are confirmed cases of the nCoV.

“When they travel here they must have papers to show that they have no recent travel to China,” he said.

The governor added that they are also waiting for further directive from DOH on what to do to prevent the entry of the virus to Guimaras. (PNA)