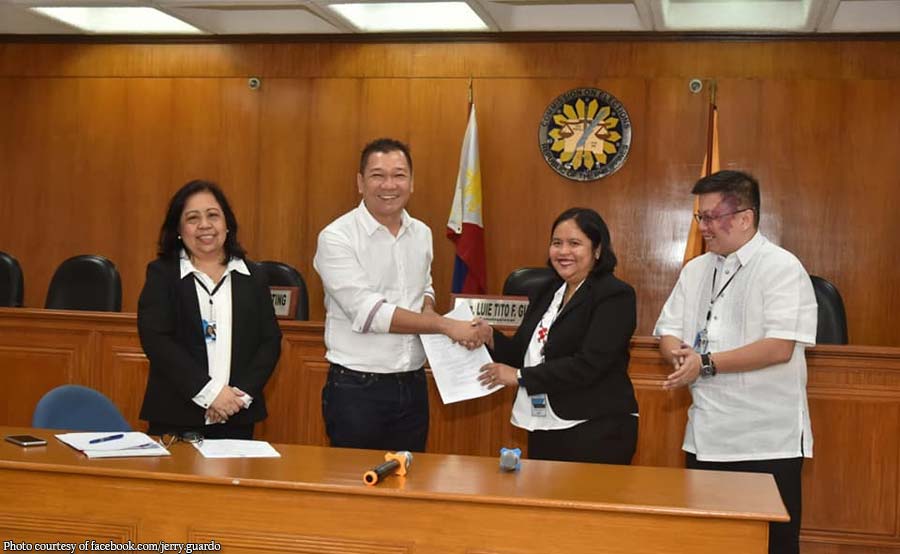 0 612
Share
Want more POLITIKO News? Get the latest newsfeed here. We publish dozens and dozens of politics-only news stories every hour. Click here to get to know more about your politiko - from trivial to crucial. it's our commitment to tell their stories. We follow your favorite POLITIKO like they are rockstars. If you are the politiko, always remember, your side is always our story. Read more. Find out more. Get the latest news here before it spreads on social media. Follow and bookmark this link. https://goo.gl/SvY8Kr

Cebu City North District Councilor Jerry Guardo was proclaimed as the 8th councilor after the Commission on Elections (Comelec) disqualified Alvin Arcilla from running during the last midterm elections, The Freeman reported.

Arcilla allegedly has exhausted his three terms as city councilor, therefore he is not eligible to run for that office.

Under Section 8, Article X of the 1987 Constitution and Section 43 (b) of Republic Act No. 7160 or Local Government Code of 1991, elective officials shall observe the three-term limit rule in public office.

During the May 13 polls, Guardo ranked ninth with 99,115 votes in the north district.