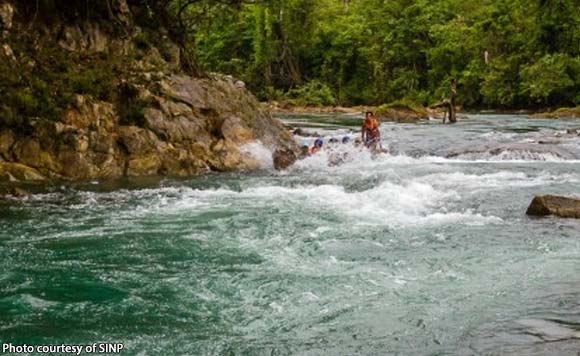 TACLOBAN CITY — Newly-elected governors in three Samar provinces need to be briefed on the campaign to include the Samar Island Natural Park (SINP) in the list of UNESCO World Heritage sites.

The three provinces have new governors — Milagrosa Tan of Samar, Ben Evardone of Eastern Samar, and Edwin Ong of Northern Samar. The three officials have served as members of the House of Representatives until
June 30.

“We have to make a presentation again to get the support of our three governors. Local government’s support, especially our governor is vital in this campaign,” Department of Tourism Regional Director Karina Rosa Tiopes said in an interview on Wednesday.

She said that aside from their agency, the Department of Environment and Natural Resources (DENR) should also be at the forefront of the campaign.

“Preserving the SINP is under the administrative function of DENR,” Tiopes said. “Foremost of this is for us to be able to prove the integrity of SINP that we call Natural Park.”

Proving the integrity comes from the result of research on the current status of flora and fauna at SINP, according to the official.

SINP is the largest contiguous tract of old-growth forest in the Philippines and also the country’s largest terrestrial protected area with an area of 333,300 hectares.

The buffer is spread north to south over the island’s three provinces and totals 458,700 hectares, about a third of the entire island of Samar.

Also inside the SINP are the well-known natural landmarks namely Sohoton Cave and Natural Bridge National Park, the Calbiga Cave (the country’s largest and the second largest cave in Asia), the more than 100 kilometers Ulot River. The river is the longest river in Eastern Visayas that starts in the upland town of San Jose de Buan, Samar and ends in the Pacific Coastal town of Can-avid, Eastern Samar.

The park is also the home of the critically endangered Philippine Eagle which sightings are recorded in the forested areas of Taft and Paranas towns.

Since the park was declared a protected area in 2003, a total of 33 species of mammals, 215 species of birds, 51 species of reptiles, 26 species of amphibians and 1,000 species of plants are recorded to be found inside the SINP.

Once declared as a UNESCO Heritage Site, Tiopes said the surge of tourist arrival is expected for Samar Island which is why there is a need to create policy or guidelines that will set parameters for tourists to follow when visiting SINP.

Part of the initiative of the three provinces in this campaign to declare SINP as World Heritage Site is by partnering with University of Santo Tomas Graduate School–Center for Conservation of Cultural Property and Environment in the Tropics (USTGS-CCCPET) to conduct the capacity-building seminar-workshop for the technical working groups organized by each province.

The workshop is structured according to the three pillars of UNESCO World Heritage inscription, focusing on each module: Outstanding Universal Value, Authenticity and Integrity, and Protection and Management.
(PNA)