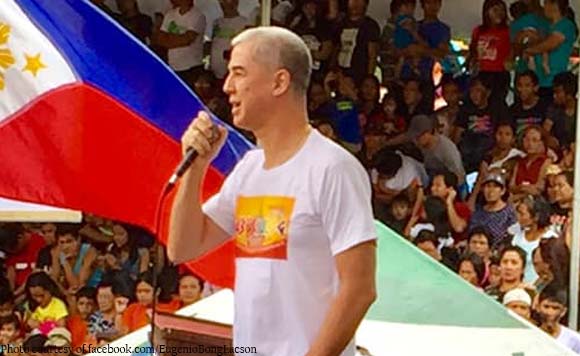 0 444
Share
Want more POLITIKO News? Get the latest newsfeed here. We publish dozens and dozens of politics-only news stories every hour. Click here to get to know more about your politiko - from trivial to crucial. it's our commitment to tell their stories. We follow your favorite POLITIKO like they are rockstars. If you are the politiko, always remember, your side is always our story. Read more. Find out more. Get the latest news here before it spreads on social media. Follow and bookmark this link. https://goo.gl/SvY8Kr

Governor Eugenio Jose Lacson said peace is viable for Negros Occidental, one of the hotbeds of the communist insurgency in the country, under the whole-of-nation approach.

“Walk of peace is a long one, and the process of attaining peace cannot be achieved overnight,” said Lacson during the End Local Communist Armed Conflict Planning (ELCAC) Workshop at the Negros First Residences last Thursday.

“With this initiative, I am positive that peace is indeed viable, that peace is not a Utopian aspiration for the Philippines and Negros Occidental,” according to the governor.

“The issuance of EO 70 is a remarkable development in the peace process of our country,” Lacson said.