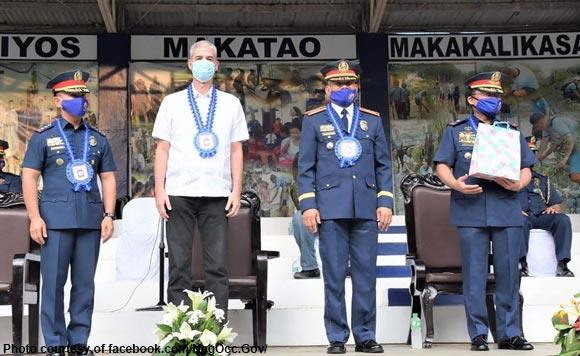 Lacson issued the directive as he welcomed Col. Romy Palgue as the successor of Col. Romeo Baleros, who stepped down from his post as provincial police director on Thursday afternoon as he reaches the mandatory retirement age of 56 on June 6.

“I’m confident he will continue what has been done by the previous provincial directors. It’s very important that he can keep Negros Occidental safe at all times,” he said in an interview after the turnover of command and retirement honors for Baleros, held at the parade grounds of the NOCPPO headquarters inside Camp Alfredo Montelibano Sr. here.

Lacson confirmed that Palgue, who hails from Nueva Ecija, was his choice among those included in the shortlist for next NOCPPO chief.

“He’s an Ilocano, and has been in the police service for 25 years. I’m confident he’s up to the job,” he said.

Lacson also told Palgue to follow the instructions of President Rodrigo Duterte on the “war on drugs.”

“I’m confident that Col. Romy will be able to keep that threat of drugs away from every Negrense,” he added.

In his inaugural speech, Palgue thanked Lacson for selecting him and requesting the Philippine National Police (PNP) hierarchy to appoint him as the OIC provincial police director.

“I know that the local chief executives here are very supportive. That’s why many applied to become the provincial director here,” he said.

Palgue urged the personnel to have the three C’s – character, competence, and credibility – which he saw in the life of Brig. Gen. Rene Pamuspusan, director of Police Regional Office 6 (Western Visayas).

Palgue, a member of PNP Academy Class 1997, was assigned at the PNP Directorate for Human Resource and Doctrine Development. (PNA)