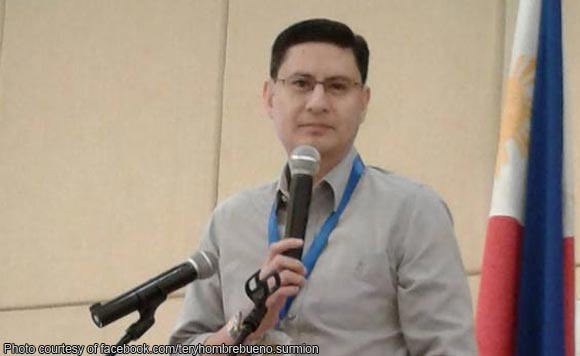 First -termer board member Lorenz Defensor, youngest son of Governor Arthur Defensor Sr., on Monday filed his Certificate of Candidacy (COC) for a seat at the House of Representatives in the 3rd district of Iloilo.

He is among the candidates who filed their COCs at the office of the Commission on Elections (Comelec) in Iloilo on the third day of the filing.

In an interview, Lorenz said he wants to file a bill on water security and sustainability because it is an essential part of everyone’s lives.

He stressed the need to review the Tax Reform for Acceleration and Inclusion (TRAIN) law and study the second tax package.

“It is important to iron-out all these laws so that we will know how to resolve the problem on the increasing prices of commodities, power and petroleum,” he said.

Lorenz said he does not have any idea who would be the other contender for the post.

“But if there is, we are prepared. My line-up is intact and strong,” he said, noting that his political allies include Bingawan Vice Mayor Matt Palabrica and incumbent Lambunao Mayor Jason Gonzales.

Aside from Lorenz, three aspirants under the Nacionalista Party also filed their COCs: lawyer Frank Pecina of Mina, Iloilo, who is running as board member in the 3rd district; board member Domingo Oso Jr. who is seeking re-election for the 4th district of Iloilo; and former Dumangas Mayor Rolly Distura, also for board member. (PNA)