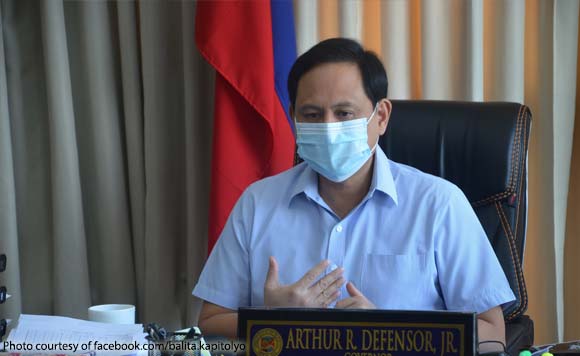 Iloilo Governor Arthur Defensor said he was seriously considering the closure of resorts in the province, especially during holidays and weekends, to reduce the risk of Covid-19 transmission

This, according to him, prompted him to issue executive orders prohibiting public gatherings in Iloilo.

The provincial government is also intensifying preventive measures so it could maintain its modified general community quarantine classification, added Defensor.

He said he’s also monitoring the preparation of the 12 district hospitals and one provincial hospital.