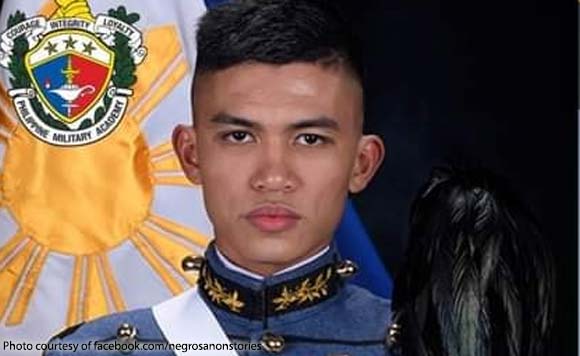 0 4
Share
Want more POLITIKO News? Get the latest newsfeed here. We publish dozens and dozens of politics-only news stories every hour. Click here to get to know more about your politiko - from trivial to crucial. it's our commitment to tell their stories. We follow your favorite POLITIKO like they are rockstars. If you are the politiko, always remember, your side is always our story. Read more. Find out more. Get the latest news here before it spreads on social media. Follow and bookmark this link. https://goo.gl/SvY8Kr

Lacson said it is a proud moment for the province as one of its sons from San Enrique emerged on top of his class. (https://bit.ly/3b9IQLF)

“Graduating from the PMA is remarkable in itself, but you tested your limits and emerged top of your class. With this feat, you will be an exemplar and an inspiration to all the Negrenses, particularly to our youth,” the governor added.

Artus is the valedictorian of the Mandirigmang Samahan ng Lakas na Sandigan ng Bayan (Masaligan) Class of 2021, the PMA announced on Monday.

He studied Bachelor of Science in Chemical Engineering at the University of the Philippines-Visayas in Miagao, Iloilo.