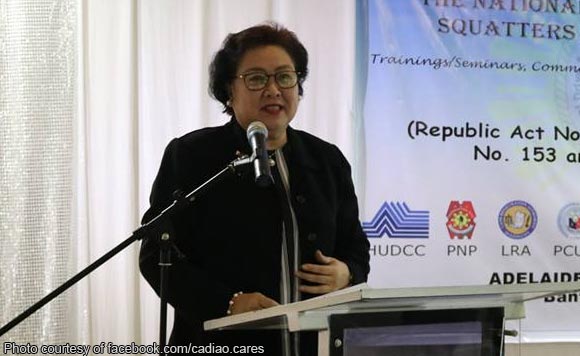 Cadiao said Senator Loren Legarda told her of the news during the latter’s visit to the province last week.

Cadiao said she will go to Manila in the next few days and visit the Civil Aviation Authority of the Philippines (CAAP) and the Department of Transportation (DOTr).

In a media interview, Cadiao said Legarda told her that PAL management has already given its go-signal to fly Antique-Clark and vice versa.

She said the final schedule of PAL’s maiden flight will be known after her meeting with DOTr Secretary Arthur Tugade and CAAP officials.

She said she previously talked with Tugade over the phone and asked the DOTr chief to defer for a month the maiden flight because they still have to do ground servicing and put some personnel at the Evelio B. Javier Airport in San Jose de Buenavista.

“We’ll just have to prepare for the October 28 maiden flight or if not before Christmastime,” Cadiao said.

Cadiao said PAL might start to service Antique to Clark twice weekly and subsequently increase it to four flights per week with its new 86-seater Bombardier Q400 NG aircraft.

The airport in Antique has not been in operation for several years already due to the lack of passengers flying Antique to Manila. The last one was during the time of former governor Salvacion Zaldivar-Perez.

Meanwhile, Cadiao said she is also going to meet with the owner of Montenegro Lines in Manila to talk about the possibility of opening operations from the Lipata Port to Batangas and vice versa.

“The operation of the airline and RORO could be big things to dream for Antique but we have to prepare for it,” Cadiao said. (PNA)