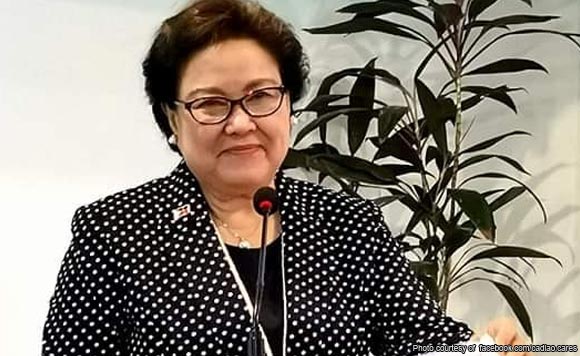 SAN JOSE DE BUENAVISTA, Antique — A big potential for the tourism industry of Caluya is seen once the roll-on/roll-off ship (RoRo) facility of the Fast Cat operate in April.

In an interview Friday, Governor Rhodora J. Cadiao said she has been informed that Fast Cat will have its maiden voyage from Lipata Port in Culasi to Caluya to Mindoro and finally to Batangas City.

“The RoRo operation is another milestone, another dream come true for Antiqueños,” Cadiao said.

She recalled that the Philippine Airlines’ flights from Antique to Subic was another milestone for the people of the province, who never thought that their airport would reopen in December last year for domestic flights after years of not being used commercially.

Cadiao said that after the airport’s reopening, they had a meeting with the Fast Cat owner for the operation of RoRo vessel.

“With the RoRo vessel operation this coming April, it will now perk up the tourism industry in the island municipality of Caluya,” she said.

She said Caluya Island, which is being promoted by the provincial tourism office as one of the major tourism destinations in Antique, has white powdery sand and beautiful islets to attract tourists. “We will further introduce Caluya to tourists with the available RoRo vessel,” she said.

The governor said that with the RoRo vessel, the once five-hour travel time to Caluya would be cut into half.

The RoRo vessel could also transport tourist vehicles to the island if they need to bring one.

Based on the provincial tourism report, Caluya had 58,663 same-day domestic tourist visitors from January to December last year. Some 10,053 tourists spent the night in the island.

The island is also known for its fresh seafood and famed coconut crabs, locally known as “tatus”, which is the centerpiece of the municipality’s Tatusan Festival held every May. (PNA)