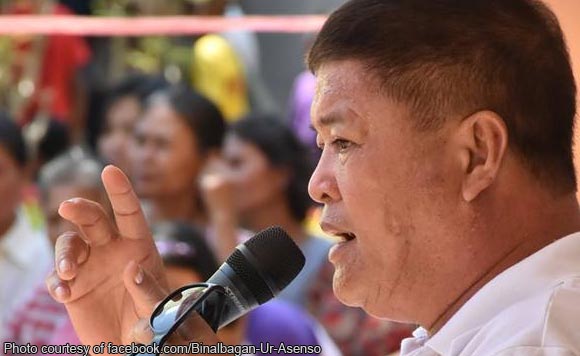 Binalbagan, Negros Occidental Mayor Emmanuel Aranda has come to the defense of his vice mayor, Samuel Gavaran, who has been linked by the Department of National Defense (DND) to the Maute Group.

“I cannot understand why,” Aranda was quoted as saying in a SunStar Online report Thursday (June 15) regarding Gavaran’s alleged involvement with the ISIS-linked terrorists.

President Rodrigo Duterte, it can be recalled, placed Mindanao under military rule last May 23 right after the Islamic rebels occupied Marawi City.

The seven-page document, which directed government forces to arrest and investigate about 200 terrorists and supporters, said that the names in the list were identified members/supporters/spies/couriers of Maute Group, Abu Sayyaf Group, Bangsamoro Islamic Freedom Fighters, and Maguid Group.

Gavaran has denied any involvement with the Maute.