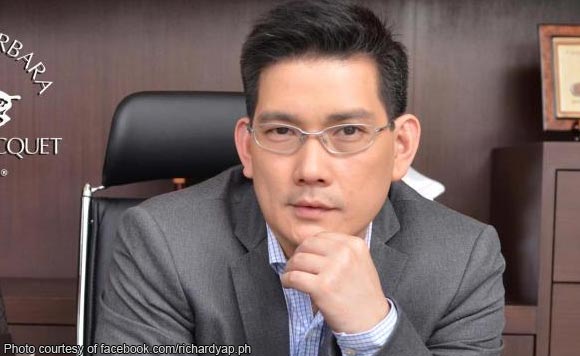 Kapamilya actor Richard Yap recently took his oath as the newest member of the ruling Partido Demokratiko Pilipino – Lakas ng Bayan (PDP Laban) as he is set to launch his congressional bid in Cebu City.

Yap is expected file his certificate of candidacy at the provincial office of the Commission on Elections (COMELEC) in Cebu City next week.

Rumors of Yap running for an elective post in Cebu in next year’s mid-term elections started last month after he has been frequenting his rounds in northern part of the city. He is expected to face incumbent first district Rep. Raul del Mar of the Liberal Party (LP) in the 2019 midterm elections.

Yap was born in Cebu City on May 18, 1967. He has a degree in business management from the De La Salle University-Manila.