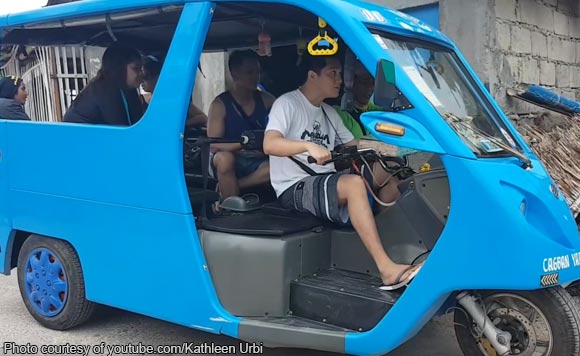 ILOILO CITY — Fifty new units of electric tricycles (e-trikes) will arrive on Boracay Island in Malay, Aklan within this week, according to the Land Transportation Franchising and Regulatory Board in Western Visayas (LTFRB-6).

Richard Osmeña, regional director of LTFRB-6, in an interview on Tuesday afternoon, said the e-trikes were donated by the Department of Energy (DOE) as it pushes for an efficient and environment-friendly mode of transportation.

The new units are just an initial donation from the DOE to augment the more or less 50 existing e-trikes on the island.

The beneficiaries of the e-trikes will be existing tricycle operators and drivers on the island so they will not be displaced, Osmeña said.

Osmeña described the new e-trikes from DOE as environment-friendly mode of transportation with long-lasting battery. Each unit could carry about six to eight passengers.

Aside from the new unit of e-trikes, DOE is also providing one extra battery in each unit to spare drivers downtime when they start using them, he added.

Osmeña reiterated that only e-trikes would be allowed to ply on Boracay Island when it reopens this October 26.

He added they are also expecting that DOE will deploy some electric passenger jeepneys on the island within this month.

Osmeña is scheduled to meet with the officials of the local government unit of Malay, Aklan on Thursday to discuss the phasing out of old tricycle units on the island in compliance to Executive Order No. 007-2018 issued by Malay Mayor Ceciron Cawaling.

“There are currently about a thousand tricycles in Boracay and we are taking them out of the island and change them to e-trikes,” he said.

He said these tricycles would be brought to the mainland of Malay town particularly in Caticlan, which could be used by some tricycle drivers. (PNA)