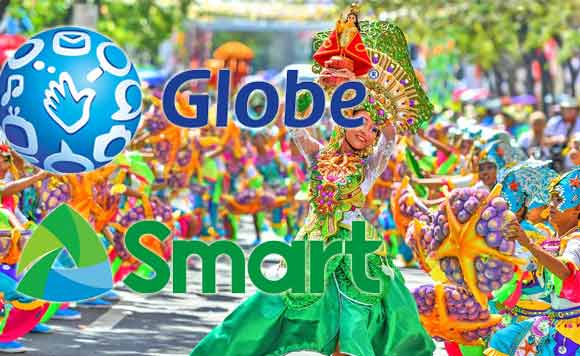 0 491
Share
Want more POLITIKO News? Get the latest newsfeed here. We publish dozens and dozens of politics-only news stories every hour. Click here to get to know more about your politiko - from trivial to crucial. it's our commitment to tell their stories. We follow your favorite POLITIKO like they are rockstars. If you are the politiko, always remember, your side is always our story. Read more. Find out more. Get the latest news here before it spreads on social media. Follow and bookmark this link. https://goo.gl/SvY8Kr

Telecommunication giants Smart Communications and Globe Telecom have temporarily suspended their mobile services within the vicinity of the Sinulog Festival in Cebu City and the Ati-Atihan Festival in Kalibo, Aklan this weekend in compliance with a directive from the National Telecommunications Commission (NTC), upon request by the Philippine National Police (PNP).

In its advisory, Smart has temporarily shut down its mobile services in some areas of Cebu City and neighboring areas starting Saturday afternoon.

“With the directive, Globe customers along the parade route may not be able to access call, text and mobile data services while the suspension of services is in effect,” according to Globe legal counsel Atty. Froilan Castelo.

The telcos will be resuming mobile services upon clearance from government authorities. (PNA)