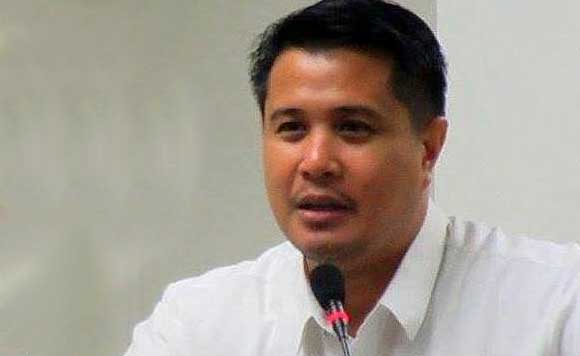 0 1,436
Share
Want more POLITIKO News? Get the latest newsfeed here. We publish dozens and dozens of politics-only news stories every hour. Click here to get to know more about your politiko - from trivial to crucial. it's our commitment to tell their stories. We follow your favorite POLITIKO like they are rockstars. If you are the politiko, always remember, your side is always our story. Read more. Find out more. Get the latest news here before it spreads on social media. Follow and bookmark this link. https://goo.gl/SvY8Kr

Councilor R Leone Gerochi said the endorsement of dismissed mayor Jed Patrick Mabilog’s wife will be a big help in his bid for vice mayor in the 2019 midterm elections.

“I should perform up to the standard she expected of me,” said Gerochi, who is the running mate of incumbent Mayor Jose Espinosa III.

“I take it also as a responsibility not to violate the trust reposed upon me by Ma’am Marivic,” he added.

She believes the three-term councilor had “the intellectual acuity, the moral strength, integrity, honesty, determination, fortitude, independence, love for his city, professionalism, and dedication to his vocation that none of his opponents have, or at best, have very little,” Mrs. Mabilog wrote.