Garin to Duque: Put order in your house at DOH 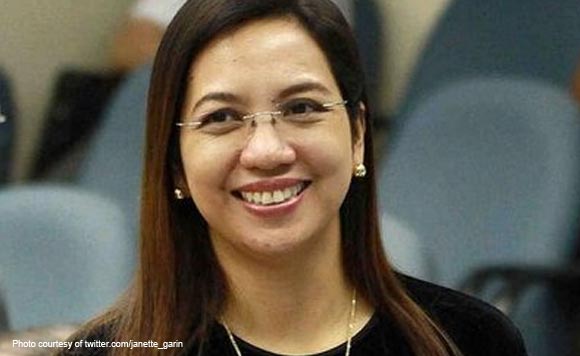 0 1,554
Share
Want more POLITIKO News? Get the latest newsfeed here. We publish dozens and dozens of politics-only news stories every hour. Click here to get to know more about your politiko - from trivial to crucial. it's our commitment to tell their stories. We follow your favorite POLITIKO like they are rockstars. If you are the politiko, always remember, your side is always our story. Read more. Find out more. Get the latest news here before it spreads on social media. Follow and bookmark this link. https://goo.gl/SvY8Kr

Iloilo Rep. Janette Garin on Monday lashed out at Health Secretary Francisco Duque after one of his officials stated in a television report that the Philippines does not use meningococcal vaccine because it is not yet proven to be effective and is still under study.

Garin, a former DOH secretary who has training in advanced vaccinology, called on Duque to “put order in his house” after hearing the televised remark of Centers for Health Development (CHD) 4A Director Eduardo Janairo.

“I am deeply concerned that these isolated cases might erupt into a widespread panic due to complete disregard to the truth: that we have a vaccine for meningococcemia proven to combat the disease,” Garin said.

The Centers for Disease Control and Prevention (CDC), the health protection agency that protects America from health and safety threats for both foreign and domestic, has seen meningococcal disease as a very serious illness where death can occur in as little as few hours.

Furthermore, the World Health Organization (WHO) established a Working Group (WG) to prepare a Strategic Advisory Group of Experts (SAGE) review of new evidence and advice to WHO on the use of meningococcal vaccines to mitigate the public health impact of the disease in May 2019.

The former Secretary of Health said the reason why the vaccine is not given routinely in the Philippine public health program is that the burden based on history is not that huge. But despite this, private patients and some doctors use this.

As a medical practitioner, Garin urged Filipinos who have symptoms of meningococcal disease to urgently go and see a doctor, especially if there is a persistent drowsiness, irritability, fever, children not feeding normally or if symptoms have come on or just worsened very quickly.

She further stood firm, maintaining that “the incidence, prevalence, morbidity, and mortality of many communicable diseases like meningococcemia will not rise if we subscribe to an adage which holds true even today – that an ounce of prevention is always better than a pound of cure.”

She railed at Duque’s complacency saying, “I call on Sec. Duque to discipline his people and hold them accountable for spreading disinformation.”

“Declarations like that of Dr. Janairo’s can be misconstrued as a policy statement whether he was acting as a representative of DOH or not. Reckless utterances like this is detrimental to public health,” she said.