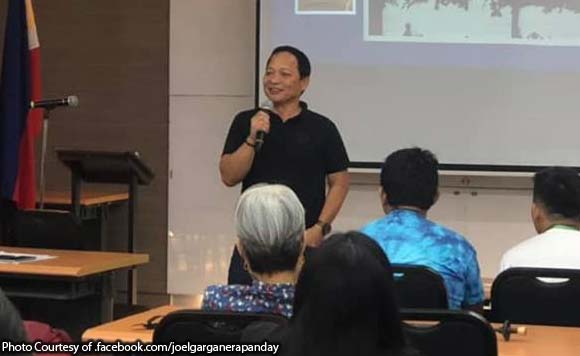 0 1,306
Share
Want more POLITIKO News? Get the latest newsfeed here. We publish dozens and dozens of politics-only news stories every hour. Click here to get to know more about your politiko - from trivial to crucial. it's our commitment to tell their stories. We follow your favorite POLITIKO like they are rockstars. If you are the politiko, always remember, your side is always our story. Read more. Find out more. Get the latest news here before it spreads on social media. Follow and bookmark this link. https://goo.gl/SvY8Kr

Mayor Tomas Osmeña has failed in solving the garbage problem in Cebu City.

Councilor Joel Garganera made the statement as he criticized the government’s huge spending on waste disposal.

“To me, he is trying to impress that he is a visionary (leader), he is a failure. Ask anybody or anyone around in the City of Cebu… In terms of flood and in terms of garbage. Are we satisfied? Are we contented?” said Garganera in The Freeman report.

The councilor also accused the mayor of mismanagement despite appropriating millions of funds for waste disposal.

Osmeña, he added, spent three times the amount allocated for garbage by the previous administration.

This year, the city allocated P590.5 million for the same.

Garganera, however, said the city only earmarked P157.6 million for waste disposal during the administration of then mayor Michael Rama.