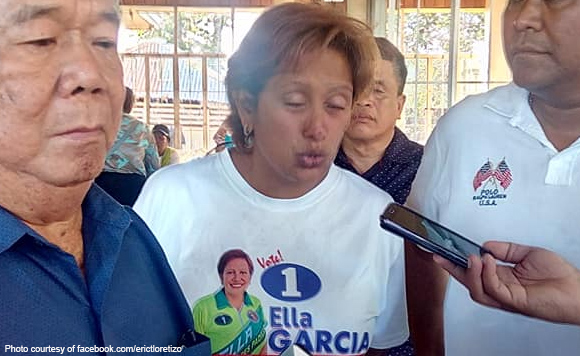 Vice Mayor Ella Garcia-Yulo is the new mayor of Moises Padilla town in Negros Occidental, beating her uncle and incumbent Mayor Magdaleno Peña in the May midterm elections.

Moises Padilla was earlier placed under the control of the Commission on Elections due to election-related deaths.

“This is a clear statement of Moises Padilla. Mayor Magsie, you should go home to Pulupandan,” she said in The Visayan Daily Star report.

The lady politiko survived an ambush in April, weeks after she was released from prison.

In December 2017, she and her husband were arrested in a police checkpoint after they were charged for illegal possession of firearms, explosives, and illegal drugs.

Garcia-Yulo was detained at the Negros Occidental District Jail in Bago City since October 2018.