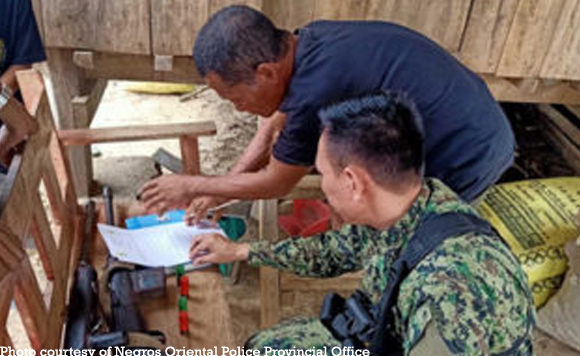 A barangay kagawad and three relatives, all believed to be part of a cult, surrendered their firearms to authorities during an “Oplan Katok” at Barangay Kalamtukan in Bayawan City, Negros Oriental last Feb. 13.

Negros Oriental provincial police head P/Col. Julian Entoma said the four members of the Condez family were allegedly part of the “Pulahan group” or persons who believe that they are bulletproof.

“It’s like a cult, relatively a group of people having beliefs or practices, created in the 70s or 80s,” Entoma said (https://dailyguardian.com.ph/village-councilor-3-others-surrender-firearms-in-negor/).

Entoma said some family members were involved in the killings of two village councilmen Felipe Condez Jr., 60, a former barangay captain; and his son, Jonesis Condez, 31 in November 2019.

At least 11 persons were linked to the ambush-slay, but only one was arrested while 10 others, who are also members of the clan, remain at large and are facing double murder charges.

Entoma said members of the Pulahan group had helped the government’s anti-insurgency campaign in the province.

He added the Condez family sought protection from their enemies. “They fear for their safety after they surrendered their weapons,” he added.

He assured them that they have enough deployment and presence in the area.