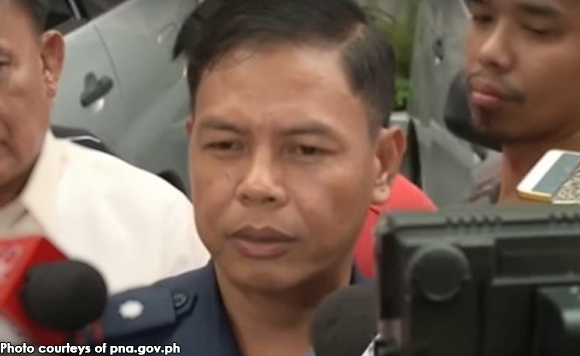 0 1,886
Share
Want more POLITIKO News? Get the latest newsfeed here. We publish dozens and dozens of politics-only news stories every hour. Click here to get to know more about your politiko - from trivial to crucial. it's our commitment to tell their stories. We follow your favorite POLITIKO like they are rockstars. If you are the politiko, always remember, your side is always our story. Read more. Find out more. Get the latest news here before it spreads on social media. Follow and bookmark this link. https://goo.gl/SvY8Kr

The Police Regional Office (PRO) 6 has summoned Lt. Col. Jovie Espenido over his defiance of an order to stop discussing in public his inclusion on the list of ‘narco cops’ pending investigation results.

“As a matter of procedure, the regional director of Region 6, Brig. Gen. Rene Pamuspusan, already took charge of that process. Now based on the appreciation of the explanation of Espenido, should it not convince the regional director, then appropriate pre-charge would be executed,” Philippine National Police (PNP) chief, Gen. Archie Gamboa said in a media briefing at the Baguio City Police Office.

Espenido arrived at the PRO-6 headquarters in Iloilo City on Wednesday and is currently detailed at the Regional Personnel Holding and Accounting Unit.

In a series of recent media interviews, he talked about his previous assignments as police personnel, accomplishments on the war against drugs, and entertained questions on his inclusion on President Rodrigo Duterte’s narco list.

Gamboa earlier vowed to deal with Espenido for granting media
interviews despite the gag order he issued for all the 356 policemen
being investigated over alleged links to illegal drugs.

In exchange for the gag order, he promised that their identities will
not be disclosed.

He added that all intelligence reports on the 356 alleged narco cops
are confidential.

On Thursday, former national police chief and now Senator Ronald dela
Rosa also took offense on Espenido’s actions which he said are putting
the institution in a bad light.

Though vouching for Espenido’s integrity, dela Rosa advised him to
leave the organization if he cannot keep quiet. (PNA)