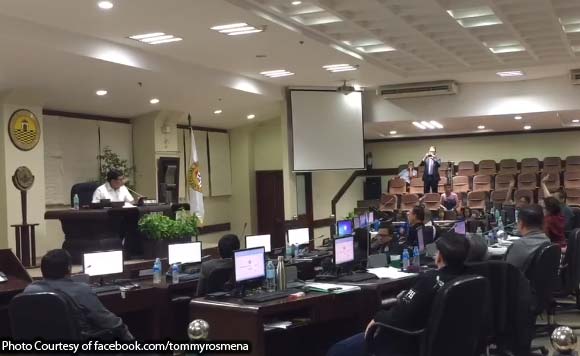 Mayor Tomas Osmeña lashed out against Vice Mayor Edgar Labella anew after supposedly storming out of the session of the Cebu City Council.

According to Osmeña, Labella decided to walk out of the proceedings even if he was the presiding officer, as he refused to see the approval of the P18-billion investment of their kababayan John Gokongwei in the South Road Properties.

The bilyonaryo has long committed to develop the area into a township called Isla dela Victoria, which should be the next business hub in the city.

Osmeña even likened the scene to the Batasan drama last year, saying Labella was the Visayan equivalent of a stubborn ex-House Speaker Pantaleon Alvarez.

“If it weren’t for the sad reality that your taxes are paying for this, it’s actually comedic to watch Labella refuse to accept the majority vote, storm out of the Council session, and order the theft of the Session Mace just like Alvarez in the 2018 SONA,” Osmeña said.

Loren Legarda proves she didn’t vote for the…